We are still settling in, and I just completed my IKEA assembly Hell – I’m so glad that’s over!! We haven’t had a chance to really get out and explore too much just yet, but I have taken some pictures of various things I found interesting while we were walking about in various towns.

Here are a couple of pictures of Brussels when we were leaving. 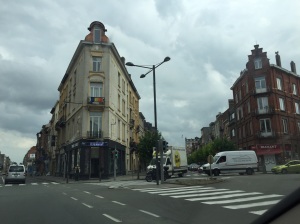 We went to a town near us called Etten-Leur.  It’s an interesting mix of old and new.  We were in the shopping/city center area and you can see shops on the ground floor and apartments above them. 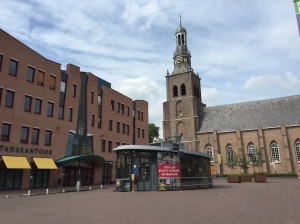 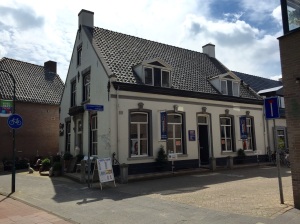 They have a lot of indoor mall type places here.  You can find almost any kind of shop you want or need in these shopping centers. 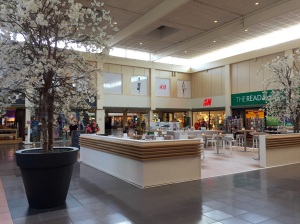 They have car dealerships all over too, usually in random places, like a neighborhood.  And car dealerships here are very nice.  We went into several looking for a car for me.  My only stipulation for a car was to have an automatic (don’t judge).  But those are few and far between!!  I finally found one I liked and hopefully will get it this week. Pics to come later!!  This was a Ford dealership, many dealerships were 2 stories. In this one they kept their used cars on the upper level. 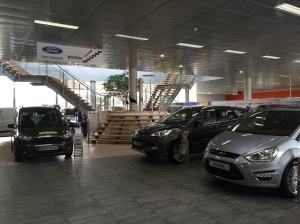 Walking around a different shopping center in Breda we came across a few cool stores.  This one just had a random bin of cheap paring knives.

This store was a smorgasbord of anything you might want or need….if you find yourself needing some beverage glasses, you probably need some beverages to go in them!  It’s right there for your convenience!! 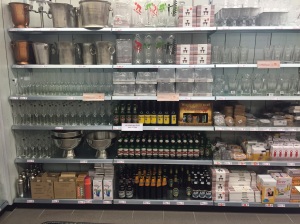 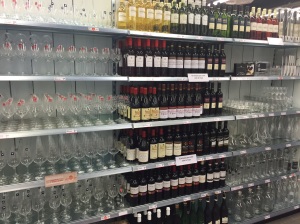 It’s interesting in that there seem to be store after store of the same exact thing.  I don’t know how they stay in business.  There might be 3 or 4 shoe stores one after another.  But they carry the same things..not necessarily specializing in anything.  We came across some furniture stores, and I found this HUGE wall click that I desperately wanted…but it was €6.000 (6 thousand Euros). So I had to out that dream away.  {But I still want it!}

I had written this post last weekend, but had issues getting all the pictures uploaded.  So I am hoping that WordPress is nicer to me so I can post more!  This past weekend, we went and walked around Breda city center, so more pics of that at to come!