In February, the southern parts of the Netherlands drops everything and celebrates Carnival for a week where lots of beer consumption and costume wearing are to be had! The first day of Carnival is 6 weeks before Easter Sunday. Historically speaking, it is a reversal ritual, in which social roles are reversed and norms about desired behavior are suspended. So needless to say, you see a lot of interesting things, and it’s a continuous party for a week straight.

This blog post does a good job of accurately describing the craziness of Carnival!  Be sure to check it out.

The girls had their own Carnival celebration and parade at school and then had an entire week off to celebrate! 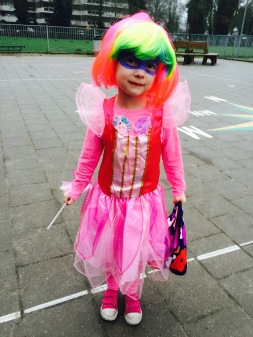 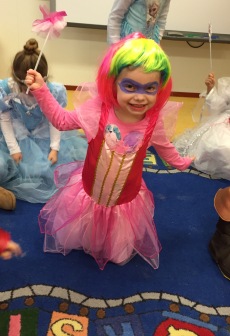 Unfortunately for us, the girls got sick the first night of Carnvial, and stayed sick the entire week, and MyMan has issues at work that demanded his constant attention. So Carnival wasn’t much fun for us this year, but we were able to watch the local parade in Bavel for a bit.

The floats were pretty awesome!  The weather was not cooperating, and it was cold and the wind really started picking up.  So much so, that the main Breda parade scheduled for the next day was cancelled.  But this is some of the Bavel parade we had in our little village.

Entering into the main square of the village.

The parade parade started in front of the church.

In the beginning of the parade were kids showing off their hobbies and groups, and individuals walking for their businesses.  I’m not sure why, but every single time they handed stuff out, they handed stuff to my girls!  Not everyone around us got stuff.  But we politely accepted everything and said our ‘dankuwels’. 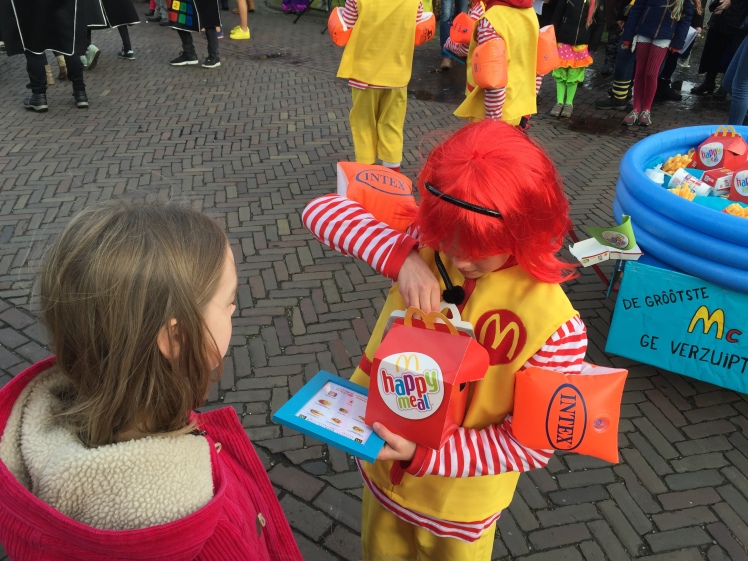 Some of the kids had greats little floats themselves!

Some were for in the parade for their businesses… 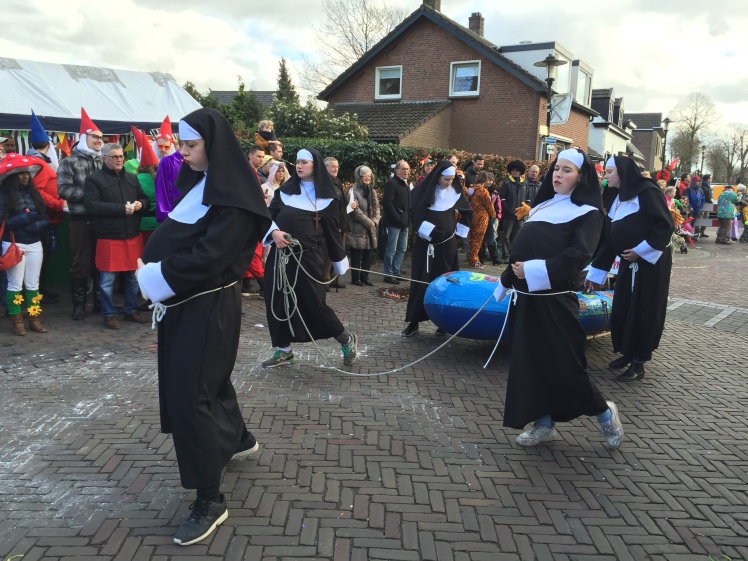 And not sure these guys had anything thing to promote actually. I think they just wanted a stage to play pirates! 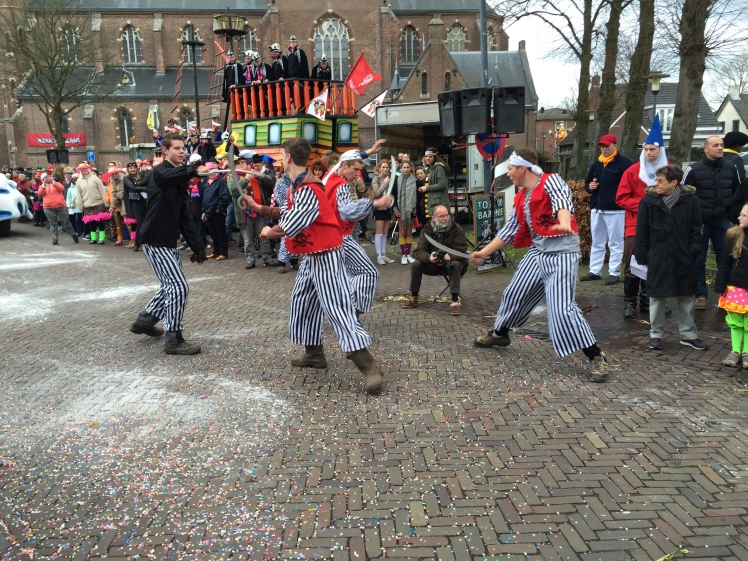 And then came the floats!  They were really big! 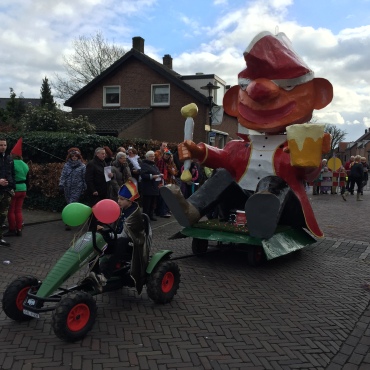 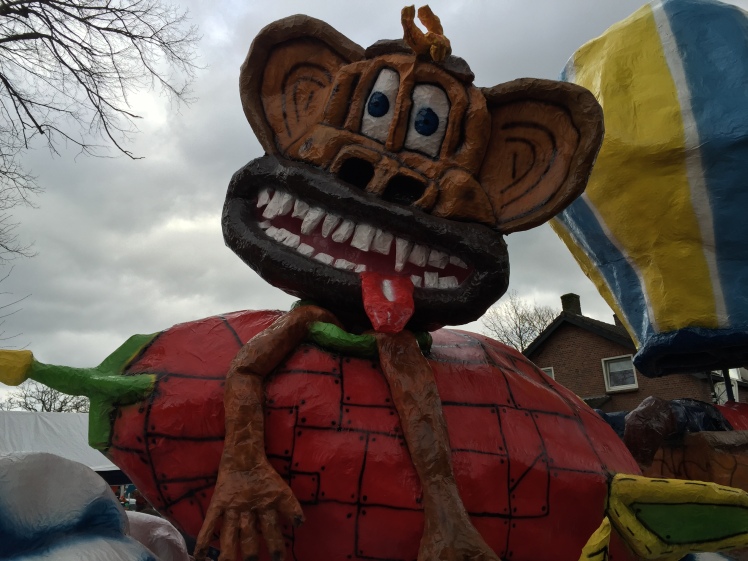 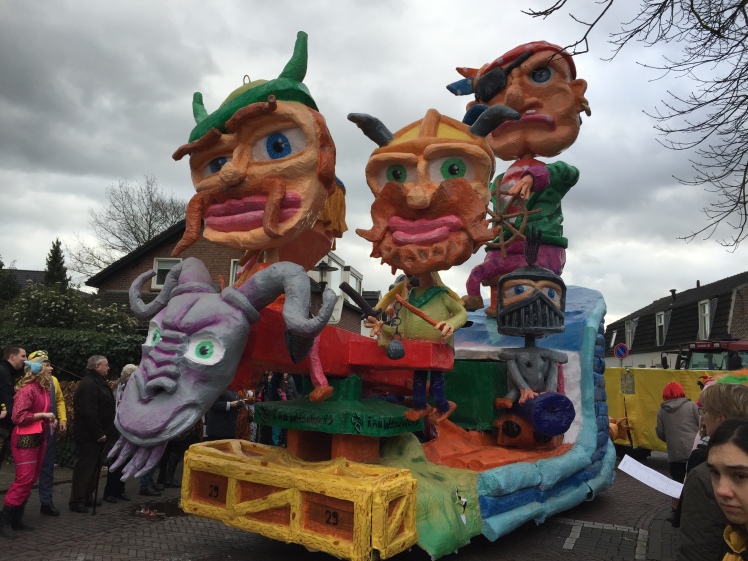 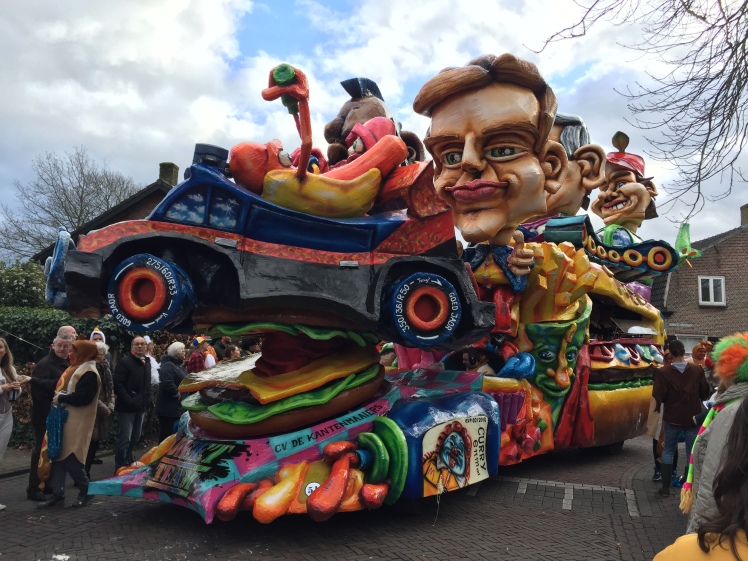 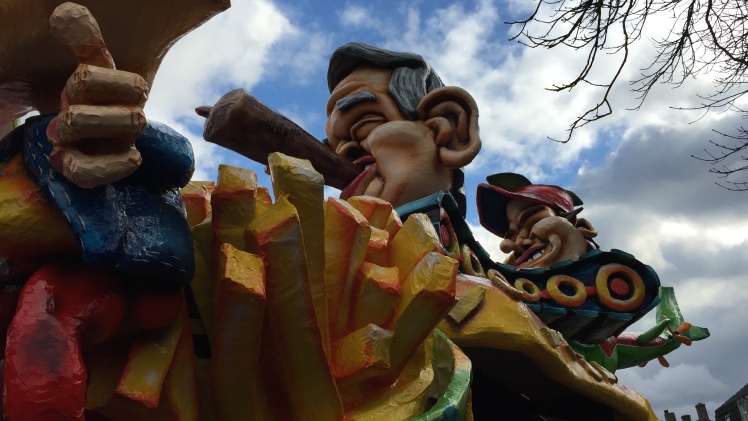 It was a good time, and hopefully next year we will be able to enjoy Carnival a little more!